Artificial intelligence (AI) and machine learning (ML) are fun from the outside looking in — and why shouldn’t they be? Thoughts of automated robots made famous on the Hollywood big screen and the wonderful tools we already have at our fingertips from their invention are making our lives so much easier and more interesting.

Yet many lay people who take advantage of these technological verticals fail to realize what’s really behind them, what gives them the power to do what they do and, in the final analysis, change human development and our own potential.

That’s where companies like CEVA, Hailo and Lightmatter come into their own, designing and manufacturing AI processors for the next, most exciting era in humanity’s history.

Another one to join the trio is Syntiant and its ultra-low-power, high-performance, deep neural network processors that are making AI at the edge possible.

With support from some of tech’s biggest companies such as Amazon, Applied Materials, Bosch, Intel Capital, Microsoft, and Motorola, the Orange County, California-based startup — founded in 2017 by Jeremy Holleman, Kurt Busch, Pieter Vorenkamp, and Stephen Bailey — was named a CES® 2020 Best of Innovation Awards Honoree, and received a 2019 AI Breakthrough Award for Best Deep Learning Company.

That gives some validation for its product range, which include:

And with that, what more can you ask for?

Using at-memory compute and built-in standard CMOS processes, Syntiant devices directly process neural network layers from platforms such as TensorFlow without the need for any secondary compilers to shorten time to market and offer unprecedented performance for solutions that require under 1mW power consumption

The $65.1 million the startup has received in funding to date over four rounds, which coincidentally a massive $35 million of it was raised in August 2020, gives Syntiant the financial boost to further develop its low-power chips.

On the funding round, CEO and Co-Founder of Syntiant Kurt Busch, crowned Innovator of the Year at OCBJ’s sixth annual awards program, said: “It is a tremendous honour to know that some of the world’s leading tech investors are supporting our growth stage, as we deliver our deep learning voice solution to customers across the globe.”

Busch is a global team builder, leader and visionary driving a culture of innovation through three guiding principles and received a BA in Biological Science from the University of California, Irvine, as well as an MBA from Santa Clara University.

But it’s not just Busch who has been responsible for where Syntiant is now. The startup’s other co-founders, all three of them, have played an important role, too.

Pieter Vorenkamp is COO at Syntiant. He brings decades of operations and engineering experience to the company, with a career that includes nearly 20 years of leadership roles at Broadcom. Most recently, Vorenkamp was Senior Vice President and General Manager of the IP Group at Cadence Design Systems.

While at Broadcom, Vorenkamp was Senior Vice President of Operations Engineering where his responsibilities spanned worldwide manufacturing technology and support of all hardware programs from inception through engineering samples into high-volume production. Prior to his operations role, Vorenkamp was VP & Chief Architect of the central engineering developing core IP for use throughout Broadcom. Vorenkamp received the equivalent of a MA in Electrical Engineering from the University of Twente in The Netherlands. He is the named inventor of more than 125-issued U.S and European patents.

Next, we have Jeremy Holleman, who is the Chief Scientist of Syntiant Corp. He is an expert on ultra-low power integrated circuits and directs the Integrated Silicon Systems Laboratory at the University of North Carolina, Charlotte, where he is an Associate Professor.

Holleman received his Ph.D. from the University of Washington where he studied micro-power integrated circuits for neural interfaces. Previously, Holleman was an Analogue Design Engineer at National Semiconductor where he designed and implemented a DAC to be used in precision amplifiers. He also served as a software systems engineer for Data I/O Corporation.

Holleman has served as the Session Chair for the IEEE Midwest and International Symposiums on Circuits and Systems. He is also the co-author of the book Ultra Low-Power Integrated Circuit Design for Wireless Neural Interfaces, in addition to co-authoring articles on ultra-low power and analog deep machine learning published in IEEE Transactions on Circuits and Systems II, Express Briefs and IEEE Journal of Solid-State Circuits. Most recently, Holleman directed the “Near-Zero Integrated Analog Classifier” project as a result of a grant from the Defense Advanced Research Projects Agency (DARPA).

Finally, we have Stephen Bailey, CTO at Syntiant Corp. His influence and expertise are global in scope, having served as Broadcom Switch’s chief technologist since 2006. Bailey’s achievements include creating Broadcom’s most advanced switching platform, driving 6x business growth and creating a China solution team to transform component- to platform-level engagement.

Bailey was CTO of Sandburst, acquired by Broadcom in 2006, Chief Scientist at OverX and Genroco, and Hardware and Software Engineer working on storage, network and computing at Digital Equipment Corporation.

He obtained a Ph.D. in Computer Science from the University of Chicago.

The team envisages a world with billions of intelligent devices enabled by Syntiant® Neural Decision Processors™, making the startup one to watch for the AI future. 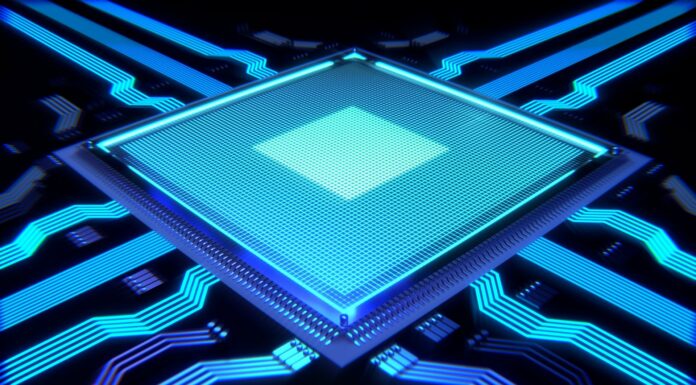 Global Chip Crisis – Quantum Computing Could Be The Answer How AI is Helping to Preserve the Past