A couple of weeks ago, I had the pleasure of sitting down with Deep Prasad, CEO of ReactiveQ. ReactiveQ is a 3-year-old quantum tech startup focused on accelerating the discovery of materials with quantum computing.

“I am obsessed with designing the future and have an insatiable need to contribute to human knowledge. My friends think I am a mad scientist.”

If you could tell me a little bit about yourself and your background in physics?

I’ve had a life-long passion for science, with a background in artificial intelligence, industrial engineering, and quantum computing. I have a degree in Industrial Engineering and have had the fortunate opportunity to learn from the leading physicists in quantum computing in the world. I have worked on applied-quantum physics research projects for large aerospace companies and government organizations.

How did this get you into the field of quantum computing?

I was deeply interested in quantum mechanics at a young age and before I graduated Engineering, became obsessed with the subject again. This time I had the mathematical and scientific background to study the subject on my own time and understand its beauty at a level I couldn’t when I was 12. Having had career experience in building cutting-edge artificial intelligence technology at a big bank, I was curious if there was an intersection between artificial intelligence and quantum mechanics. This led me to discover that there existed a field known as quantum machine learning, based on a technology known as quantum computing. I was hooked as soon as I learned about it.

What is your company’s, ReactivQ’s, mission?

We want to discover new materials using simulation technology instead of relying on the traditional, lengthy and costly process of discovering new materials today. The difference is what takes typically decades to discover, we will discover in days with our simulations.

Can you explain a use case of the products/services you would be offering?

Let’s say you’re an engineer at Tesla and you know the properties you wish your alloy had so that it reduced the overall weight and increased the strength of the electric vehicle being built. You would input this information to our system and we would output the material composition that desired alloy would need to be made of. This is compared to the alternative process of having to wait several years for breakthroughs in Industrial Alloy design before discovering such a composition.

Any big wins for ReactiveQ so far?

ReactiveQ was able to successfully implement state-of-the-art quantum simulation and high-performance computing-based algorithms for the purpose of materials discovery. We have also entered into important discussions with key stakeholders in preparation for our next growth phase.

What are the development roadblocks in the quantum tech industry?

There are 2 major roadblocks for both software and hardware. In software, our biggest challenge is being able to create the software infrastructure best optimized for interacting with, reading from, and computing on quantum systems. In hardware, the major roadblock is finding quantum computing hardware capable of mitigating errors that naturally pile-up inside of today’s quantum computers.

Are you saying that, in order for us to take the next step in NISQ (noisy intermediate-scale quantum) processors, we have to go to space?

Perhaps if we get lucky, there might be some NISQ advantage found in the field of materials science that allows us to go to space faster. However, there is no advantage in taking today’s NISQ processors into space as it’s strangely too warm up there for the extremely cold (1000x colder than space) environment that many NISQ devices require.

So is ReactiveQ planning to go to space?

We’re in talks with space companies to see if we can assist them in finding materials that improve their space infrastructure. We certainly hope to go to space one day.

Do you believe anyone has actually achieved quantum supremacy? recently?

I think the term quantum supremacy is quite subjective, as there is no agreed-upon definition or metric everyone seems to want to get behind. Therefore, my answer is based on a specific definition of quantum supremacy. Where quantum supremacy is the point at which a quantum computer can efficiently perform a task either faster, cheaper, or more accurately than a traditional computer. As far as I’m concerned, Google achieved this with their Sycamore chip as it would require a much more expensive classic supercomputer and more time to replicate the same results their quantum computer did.

Do you think this industry is getting the attention it deserves from investors?

I think that it’s getting a healthy and appropriate amount of attention. It could be worse however, the worst kind of attention is overhyped attention. Luckily we are in a part of the cycle where there is little overhype. However, quantum computing is still undervalued by many investors who may be surprised by how fast it becomes mainstream and disrupts trillion-dollar industries.

What’s quantum teleportation and why is it important?

Quantum teleportation is the act of moving quantum information from one location to another. Then need for it arises from the paradox of having to move a quantum mechanical system and all the information contained inside of it from one place to another. A regular object that needs to be physically moved can be picked up, transported, and dropped off to the location it needs to be.

A quantum object on the other hand, will get destroyed and behave classically if one touches the object or interacts with it in any way. Thus physically moving a quantum object, or transporting the information inside of a quantum mechanical system becomes tricky. This is where quantum teleportation comes in. It is a method of moving that information from one place to another. Imagine you have 2 quantum computers that want to communicate information to each other. How would they do it? Quantum Teleportation.

Could quantum teleportation move objects faster than the speed of light?

Technically, quantum teleportation relies on the fact that quantum information somehow is teleported faster than light and or is somehow not bound by local realist constraint. If we could convert large physical objects like a basketball into a quantum state, then we could theoretically teleport the basketball from one place to another using quantum teleportation. It would require entanglement at the macroscopic level, however, which is a phenomenon only recently beginning to be realized.

How can we begin to see more things in the world of quantum in our everyday lives?

We have to question the basic assumptions of reality we’re used to every day. We take advantage of the fact that every physical object only has one definite state that it can be found in, that no singular object can somehow become a wave-like version of itself and interfere with itself. Therefore the best thing we can do is to think about the rules of quantum mechanics and how these rules are unfolding all around us despite our conscious awareness.

What has quantum mechanics given so far, in the real world?

Other than the existential crisis about not understanding literally the basics of reality (yikes haha), quantum mechanics has given us:

All of these are really useful technologies that we use every day.

As more people are incentivized to focus on the practical use of quantum mechanics, rather than figuring out the fundamental paradoxes and all the crazy stuff that implies about the world. We could really start making some good progress.

Can other countries catch up to China, with their advancements in the space? 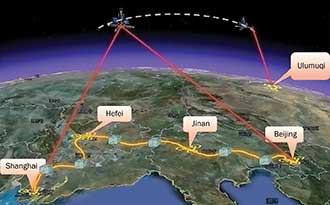 First of all, China has definitely a head start in the quantum internet. Which will allow them to control the infrastructure of how quantum data from one quantum computer to another quantum computer, gets pushed around and moved. Which is a really powerful capability.

Other countries that you know, strategically banded together, let’s say or continue to work on what they’re doing. might pose is like really viable candidates for their own version of the quantum internet or somethings that merge into a bigger one.

Countries like Israel, have a really strong quantum presence, there’s pockets in Canada, both out of Burnaby, as well as the Toronto Waterloo Region, even today has the world’s greatest concentration of quantum computing scientists. Yeah. It also has 9 quantum institutions in the same area. If these countries keep working together, and they keep rewarding the private ecosystem of startups around, we can give China a run for their money.

What does gaining the edge in the quantum tech industry look like?

Having a rich ecosystem of startups might mean working with deep tech space companies like SpaceX and Blue Origin. Having an ecosystem of startups that can make satellites that support a quantum internet, satellites that you can teleport photons to use teleportation. So being able to build all the parts that are involved in that process, like quantum repeaters. The country that has the most quantum internet satellites out there, in space orbiting around supporting the greatest and most quantum computations possible would be the most dominant in this space. Which doesn’t just mean dominant in quantum tech but almost anything else.

For the average non-technical person, interested in the industry where should they start?

I think first and foremost, to start by developing a better understanding of the different fields of math that are required to do really well in writing quantum algorithms and understanding them. If I’m still in school, I would start to get a background in linear algebra.

Anyone with a common education background could get good at understanding quantum computing by just learning these 5 things:

What does the future hold for ReactiveQ?

In 2 years, we want to have actually manufactured, at least one or two materials that the world has never seen before, but we predicted exactly in our simulation.

Quantum Computing May Give Steel Manufacturer an Edge in Scheduling

Here at The Quantum Daily, we’re tired of seeing absurd predictions for market sizing for quantum technologies. We… 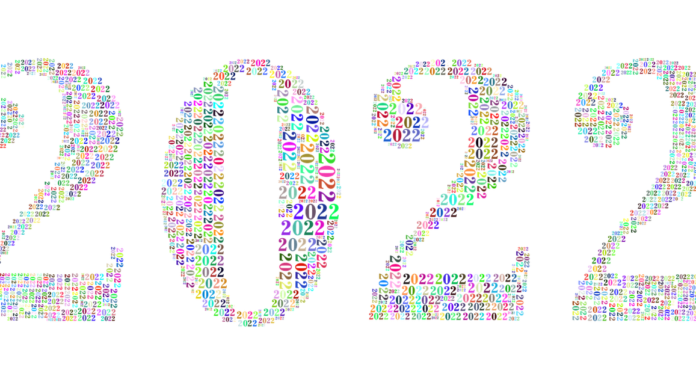 I think it was Albert Einstein who said, “As far as the end-of-year prediction lists refer to reality,…